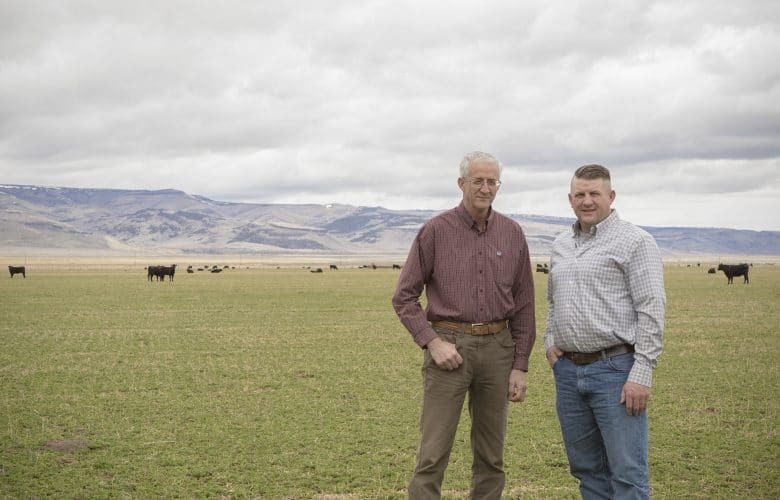 When three Idaho brothers stood up to the federal government, they discovered they had some powerful friends, including two governors and a former U.S. attorney general.

Douglas, Don and David Pickett filed a lawsuit against the Bureau of Land Management and the U.S. Forest Service in 2018, stating that a plan to manage the sage grouse was illegal. The 2015 plan should have been reviewed by Congress, the lawsuit claimed.

The Pickett family has owned and worked private and public land in south-central Idaho for five generations. They said while the sage grouse isn’t threatened or endangered, the rules put in place by the BLM and USFS would definitely interfere with Tugaw Ranches, LLC, their ranching operation. During the summer, its cattle move to higher ground owned by the federal government.

The government plan would dedicate more than 65 million acres in 10 Western states to habitat for the sage grouse. The Picketts say that plan was rushed without congressional oversight.

The federal government drew support from The National Audubon Society and The Wilderness Society, who also joined the legal battle.

Jonathan Wood is a lawyer with the Pacific Legal Foundation, which is representing the Picketts. He said the ranchers have been able to stop the federal agencies from enforcing the clearly invalid plan

“BLM and the Forest Service have submitted their 2015 sage grouse rules to Congress. BLM has also submitted its 2019 amendment to Congress and is currently defending that amendment,” Wood told Idaho Business Daily on Thursday. “(The) FS expects to complete its amendment soon, which it will then submit to Congress. So, ultimately, the 2015 rules will be entirely replaced. It’s my understanding that neither BLM nor FS are enforcing those rules in the interim and they are not being used to modify any grazing permits.”

He said the court didn’t order BLM and FS to submit their plans to Congress for study under the Congressional Review Act, which empowers Congress to examine new federal regulations and, potentially, overturn them.

“Instead, it denied the agencies’ attempt to dismiss our case,” Wood said. ”However, in rejecting the agencies’ argument, the court made it all but inevitable that it would order the agencies to submit the rules once the case reached that point. So, rather than continuing to litigate, BLM and FS agreed to submit their rules as required by the CRA.

”These federal agencies are setting politically motivated policy without congressional approval,” Whitaker said. “Not only do these decisions have profound impacts on businesses and families, they violated the requirements of Congressional oversight of rule-making by regulatory agencies. My hope is this case will bring attention to the need for Congress to rein in these rogue agencies.”

The sage grouse battle caused the U.S. Interior Department to open a 45-day public comment period. There are between 200,000 and 500,000 sage grouse in 11 Western states, down from earlier estimates of 16 million. The lawsuit, however, centers on a program to protect the ground-dwelling birds in Idaho, Wyoming, Colorado, Utah, Nevada, northeastern California and Oregon.

Whitaker was the U.S. attorney for the Southern District of Iowa from 2004-09, was chief of staff for U.S. Attorney General William Sessions and served as acting AG from November 2018 until February 2019. He also served as an advisor to President Donald Trump.

Whitaker now serves as executive director of the American Freedom Initiative, which spotlights examples of government overreach and the need for regulatory and policy changes.

Want to get notified whenever we write about U.S. Bureau of Land Management ?

Sign-up Next time we write about U.S. Bureau of Land Management, we'll email you a link to the story. You may edit your settings or unsubscribe at any time.